The Trans-Siberia trip began with me flying to Beijing by MAS MH360 (previously 370) to connect with China Southern flt CZ6124 the next morning for Dalian. 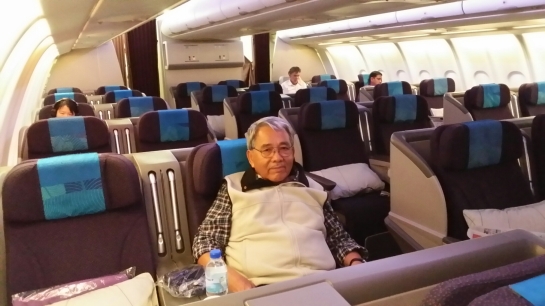 (Not very many people on this MH360 Flt)

When going for check in at T2 for Dalian a young girl gave me ‘special assistance’ and whisked me past the long queue. After she handed me my boarding pass all in a matter of less than 10 minutes, she said “pay money.” How much? 200 Yuan. First customer or first victim, I don’t know.

The group that drove all the way from Spore/KL on 31 July would also arrive Dalian (after a ferry ride across the bay) but in the afternoon.
Oh yes, today is the national mourning day for MH17. Lest we forget.
——————–

Sunday 24 Aug 2014
After two days in Dalian, Trans Siberia officially started. What did we do in Dalian? Nothing much except a bit of sightseeing, getting acquainted and organising/logistics. During the walk along the Peoples’ Park by the seaside I had my portrait sketched by a street artist for Y130. Quite nicely done but I soon lost it during our curiosity stroll down the Russian “souvenir” street.

We departed Dalian for Shengyang some 400km north. It was a pleasant drive along excellent tolled highways. So after 4 hrs we arrived Shenyang and had the whole afternoon for sightseeing. Two places were interesting namely the Tiger Park and Emperor Qing’s museoleum. At the tiger park there were about 200 Siberian tigers from cubs to adults. There were other animals too like the “liger” – a cross between a lion and a tiger; white Bengal tigers, African lions, South American jaguars, black bears and a collection of assorted dears, llama etc.

We just made it to the museoleum before closing time at 5pm. Apparently this Manchu emperor seized the opportunity to take over China from the Mings and created the Qing dynasty. Smart guy.

After dinner we hastened south across the city to the Shenyang Sheraton, a 5* treat to make up for the budget hotel in Dalian.

Monday 25 Aug 2014
We departed Shenyang early @ 7.30am for Chengde, SW some 7 hrs away along smooth tolled highways. For lunch at an R&R place, we were introduced to MRE (Meals Ready to Eat) which I thought was a brilliant take on the instant fast food system. (I’ll post a video once its edited later.)
We arrived Chengde at 5.30pm again JIT before the gate to the Imperial Summer Palace closes. Great exhibits of the Qing emperors’ and Dowager Cixe lifestyle. The palace gardens are well kept; the complex is now a tourist attraction. 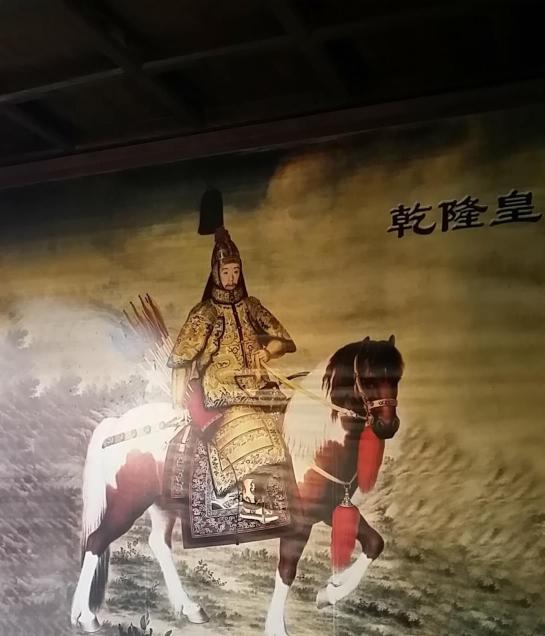 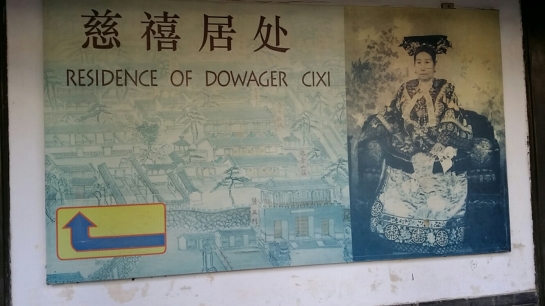 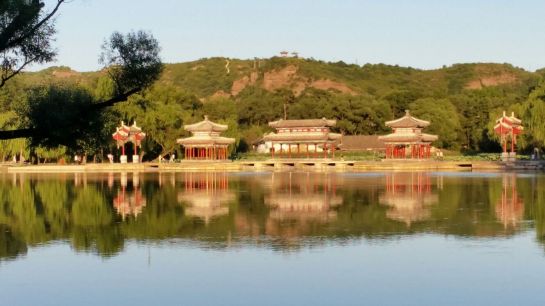 Before leaving Chengde in the morning we stopped at the Potalaka (mini Potala) palace. The Qing emperor had embraced Tibetan Buddhism; however, he wasn’t too keen to make the annual pilgrimage to Lhasa 5,000 km away where the Potala Palace is situated.  So he decided to build his own Potala and called it Potalaka.

We then moved on to the next town Zhanglanqi in Inner Mongolia.  Here we have the Kublai Khan one time capital of Xanadu and the Kublai Khan Museum (which we visited early the next morning.) 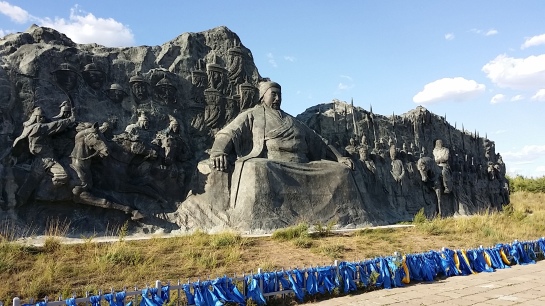